Menu
'A school family where everyone thrives in every way.' Jesus said, ‘I came that they may have life and have it abundantly.’ John 10:10
A Search
B Translate
C Login Log in
Menu Close 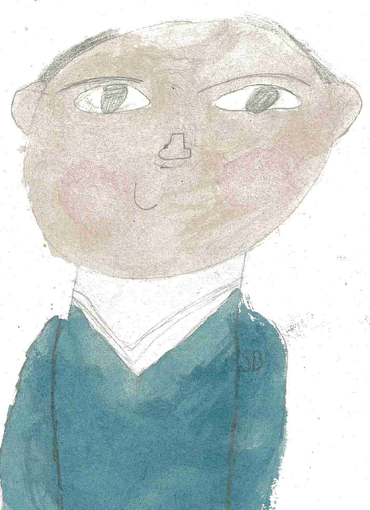 ​I became a co-opted governor in 2017 as an opportunity to participate in the local community and to share my business experiences for the benefit of the school.  I am now Chair of Governors, the co-chair for the Premises Health & Safety committee, a member of the Finance committee, as well as being the SEND and Pupil Premium governor and the subject governor for Geography.  Professionally I am a civil engineer although my experience is mainly in project & programme management and business planning. I have four grown-up daughters and three grandchildren, enjoying all the time I spend with them.  In our spare time my wife and I enjoy walking and travelling. 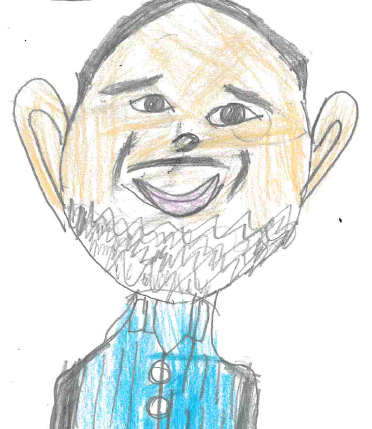 I have had the privilege of serving on the school’s governing body as a Parent Governor since 2017 and became involved as I was keen to play an active role in the school with two young boys of my own currently attending. I am Chair of the Finance Committee, Co-Char of the Premises,Health and Safety Committee and also assist the school as the Maths subject coordinator. Originally from Canada, I have lived in the UK since 2008 and in a professional capacity I am Group Financial Controller for an international environmental consulting firm and I do my best to leverage my relevant financial and leadership skills in my work with the governing body. In my spare time I enjoy keeping a keen eye on the American football from across the pond. 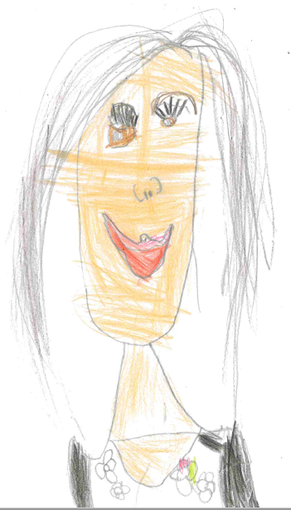 Drawing by Josie in Reception

As Headteacher at Monks Risborough School, I am a member of the governing body. I qualified as a teacher in 2009 after completing a BA in Primary Education with QTS (Qualified Teacher Status) at The University of Winchester. I joined the Monks team in 2015 as a class teacher and have taught Year 4 and Year 6. I became KS2 lead in 2016 and then Deputy Head in 2019. During my teaching career I have taught across all of Key Stage Two and have led a variety of subjects such as Maths, Science and PSHCE.  I feel very privileged to teach and be part of the leadership team here and love being part of the wider school community. As Headteacher, I am a member on all Monks Risborough Governing Body Committees. 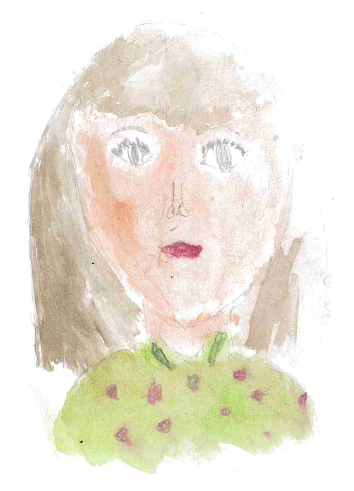 I joined the governing body as a foundation governor in April 2017. I am a retired solicitor, formerly an in house company lawyer and now using my corporate legal experience as a charity trustee. I have 4 adult children, one of whom is now a schoolteacher, and two young grandchildren, as a consequence of which I have been continuously following developments in education. I now serve as chair of the Personnel Committee, in addition to being a member of the Curriculum Committee and of the Community, Ethos and Values Committee. In my first degree I studied languages, which has led me to accept with enthusiasm the governor curriculum responsibilities for Literacy and Modern Foreign Languages. Since arriving in the Risborough area in 2010, I have been actively involved with St. Dunstan’s Church, so I am keen to foster the links between the school and the church, as well as with the wider community. 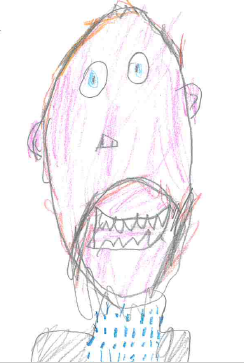 I joined the Governing Board in September 2019.  I have two children at the School and I was keen to volunteer and help the School with its passion of educating and developing children.  I am a lawyer by qualification but currently work in a Senior Leadership role in Human Resources for a global financial services firm based in London.  I am also a trained Mental Health First Aider.  I sit on the Premises, Health and Safety Committee and the Personnel Committee.  In my spare time I enjoy paddling up and down the Thames with my family and going on adventures. 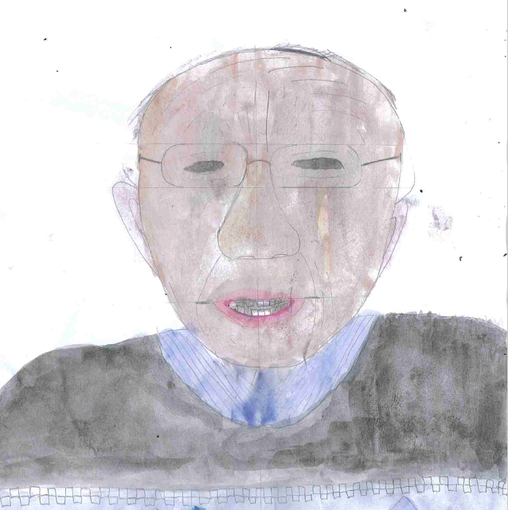 I joined as a Foundation Governor in 2020. I am now retired but worked for BBC Television as a Technical Operator, as a Lab Assistant at Chesham High School and after training as a teacher taught for over thirty years in Primary Schools in Solihull.

I have taught all age groups in Key Stages 1 and 2 and held responsibilities for Science, Maths and IT as well as being a member of the Leadership team.  I also had secondments as a Teacher Advisor for IT in Solihull. Since retiring I have continued my contact with Primary schools being involved with extra-curricular activities, helping in the classroom and taking assemblies.

I enjoy practical activities and am a member of the railway clubs in Risborough and Beaconsfield.  I believe in lifelong learning and recently finished a Science Degree with the Open University.

My wife and I moved to Risborough after she retired to be closer to elderly family members. I have been active in the church all my life and trained as a Licenced Local Minister. I worship at St Dunstan’s and want to help in fostering the links between, the church, the community and the school. 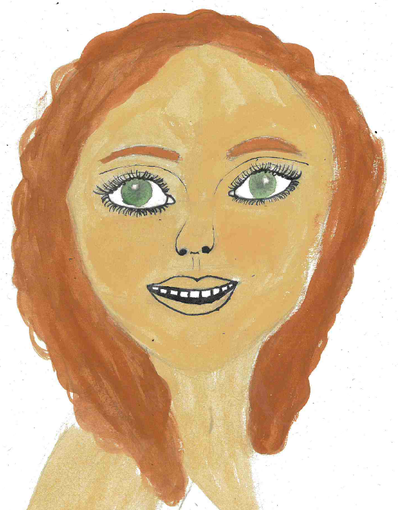 I joined the board of Governors in January 2021 as the Safeguarding lead.

I have been in education for over 15 years in secondary,higher and vocational education settings.  I am currently Head of Performing Arts at Princes Risborough School and have worked with Monks Risborough school on their end of year project garden party performance and the Gym and Dance show that is held at PRS. I am also Head of Dance and Grades at Allstars Academy where I teach Ballet, Tap and Modern to all ages.

I am excited to be part of the Monks Risborough Team. 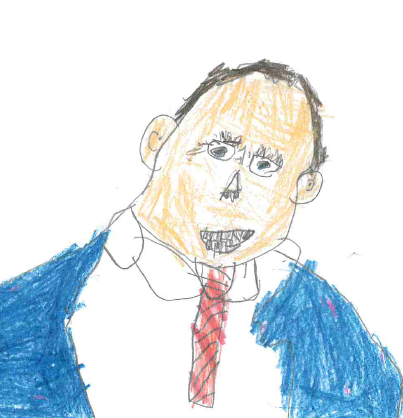 I joined the board as a co-opted governor in 2020 as I have a daughter in Key Stage 1 and a son starting in Sep 21 and I am keen to help and support Monks as it develops our children.  I am in the Achievements Committee and I have several governor responsibilities including data protection.

I graduated with a master’s degree in engineering science before joining the Royal Air Force to serve as a helicopter pilot, and then as a communications engineering officer.  In 2019 I left the RAF, moved with my family to Princes Risborough, and took a new role as an airline pilot.

I am passionate about Science, Technology, Engineering, and Maths (STEM), and believe these subjects will give our children the tools to succeed whatever the future holds. 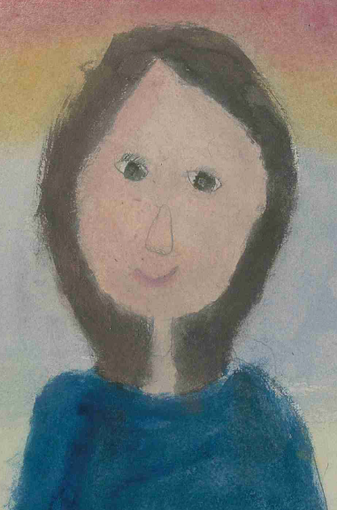 I became a staff governor in 2020. I worked full time at Monks Risborough from 2008 – December 2014 and left to travel overseas and spend time with my children, who were very young at the time. I returned to the school in 2019 when a position became available and the lure of the ‘chalk face’ became too much to resist! I graduated in 2001 with a BEd Hons in Primary Education and French and have since worked in a number of schools – both in the UK and in Australia - spanning all age ranges from primary, to middle, to secondary. I am passionate about language learning and have co-ordinated FL in the schools I have worked in. I am proud to be a member of the very conscientious and nurturing staff team at Monks Risborough and also feel very blessed to have found a school where my own three children are flourishing. I don’t have a huge amount of spare time due to the children, and a second job as a fitness instructor, but when I am free I enjoy travelling, walking and gardening.

I became a governor in May 2021, after knowing the school and pupils for many years through my involvement with St. Dunstan’s Church, where I am a bell-ringer, and sing in the choir.

My background is journalism – first as a freelance for national newspapers, and then as a magazine editor-in-chief in Britain for 14 years. I have also edited a magazine in the USA.

For several years after I retired I ran poetry-writing workshops for Year 6, and I’m delighted to have the further opportunity to use my skills, particularly in the area of literacy, to support this wonderful school and its excellent teachers.

I have two grown-up children and five grandchildren, ranging from 16-22. I am the vocalist with a big band, called Big Band Swing (which rehearses in the school hall), and with my husband I enjoy scuba diving, hiking, horse riding and cycling…and reading!

I arrived in Monks Risborough as Vicar at St Dunstan’s in July 2021, and joined the governing body that September.  I do a number of things as part of my contribution to the life of the school.  In addition to sitting on the governing body, I also lead collective worship in the school hall on a weekly basis, as well as leading services for special festivals such as Christmas, Easter, and Harvest.  I occasionally help deliver R.E. lessons, if one of the class teachers requests some assistance for a subject that could benefit from some extra input.  And, as the parish priest, I am here to serve everyone, particularly in providing pastoral support to the community.

I am married to Caroline, and we have a young son.  Together we enjoy gardening, walks through the countryside, cooking, and trips to Vicarage Road to watch Watford FC. 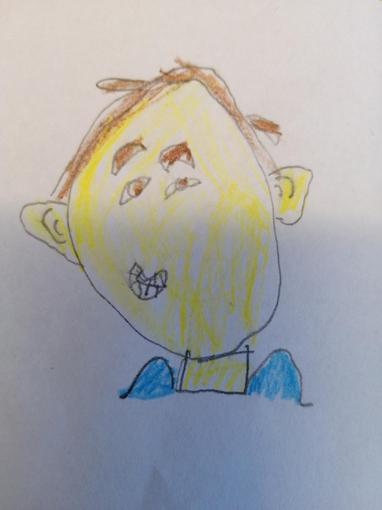 I joined the governing body as a parent governor during 2021, with my eldest child currently in Key Stage 1 at the school.  Professionally, I am a chartered accountant with more than ten years experience in the local government sector, with a particular focus on strategic financial planning, capital investment and treasury management. I am keen to be able to make use of my professional and wider skills to support the school in my role as a parent governor.  I am currently a member of the resources committee.